Without US they’re NOTHING. Without THEM we’re still in the shower!

Yes. I admit it. I LOVE karaoke and this Saturday it’s HOTBREATH KARAOKE PIZZA PARTY SPECIAL!
I know, I have something wrong with me and I’m the only person I know who has ever attended a karaoke night ON HIS OWN, but it’s something about the allure of the bright lights, the glory, the prizes…and the terrible singing!
In fact, for me it kind of ruins it if people are really good, which is why I always select an impossibly difficult song like “I Have Nothing” by Whitney Houston or “If You Let Me Stay” by Terence Trent D’Arby…because as we all know I have the voice of an angel. Don’t believe me?

It is therefore with great delight that Joolz Guides can thoroughly recommend HOT BREATH KARAOKE this Saturday at The Lauriston Pub in Victoria Park Village. It’s quite simply the best Karaoke in London.
I first discovered it when my friend, Guido, took us there for his birthday and I sang “Shadappya Face” by Joe Dolce, and from then I was hooked. The best thing is that there are prizes to be won but not necessarily for good singing! Everyone gets to spin the wheel and either is faced with a tricky challenge, a question, free booze or being a LOSER!!! But there are no losers because everyone departs with Mike and Gen’s best wishes. 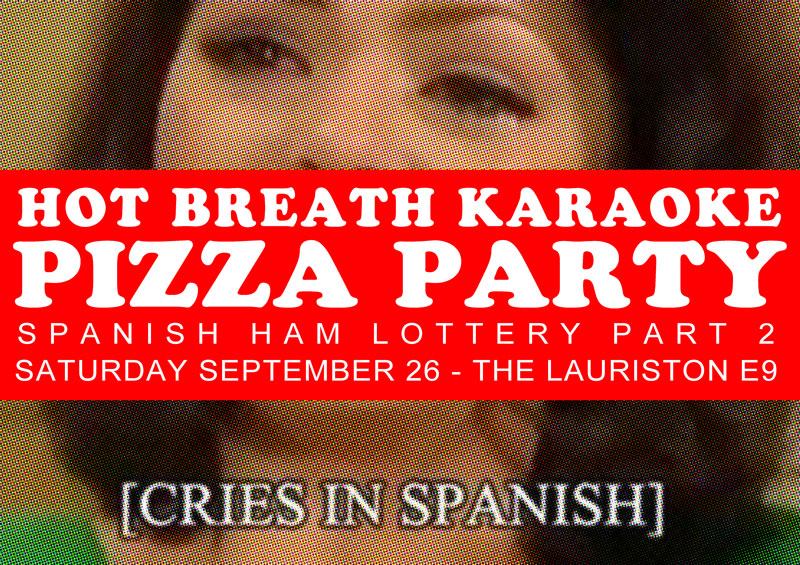 Mike is your most hilarious host and frankly you could just watch him singing all night in whatever remarkable attire he decides to wear…usually spandex. Jen is his delectable wife and able assistant…sort of the lovely Debbie McGee to Paul Daniels, and they simply put on the best karaoke extravaganza in town. The prizes range from weird stuff they picked up in Japan to retro bric-a-brac which might actually be worth something someday…..well…I said “might”! 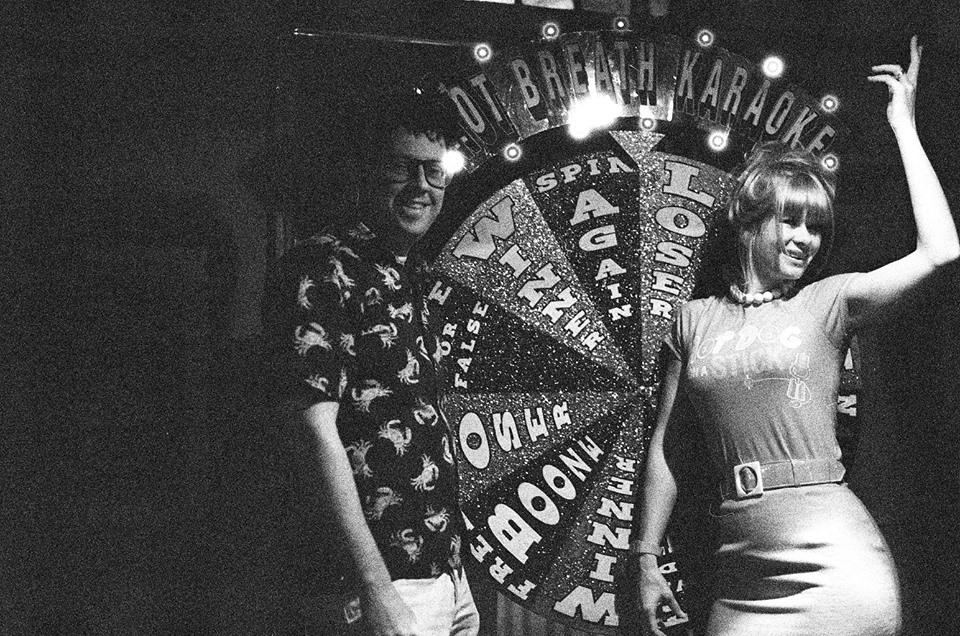 Hot Breath Karaoke is London’s longest running alternative karaoke. Armed with over 10,000 songs they have been on the front lines of the battle against perfect pitch and acceptable behaviour for over 10 years . Back in 2004 when their local karaoke packed up and moved to Tenerife they did the only sensible thing they could think of. They started their own. Since then, Hot Breath has been at the forefront of London’s now booming alternative karaoke scene. They’ve taken our mics across London, to festivals up and down the country and have sang (terribly) in such illustrious places as Emirates Stadium, the Turbine Hall at Tate Modern and the showers at London Fields Lido. 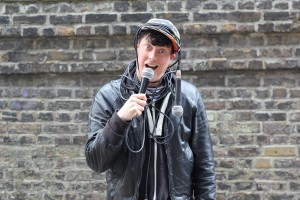 Wherever there are people willing to sing their hearts out in front of complete strangers, Hot Breath Karaoke will be there for them. Usually armed with some bizarre prizes to give away, this weekend sees Hot Breath Karaoke promising to give away a whole leg of Spanish ham to one lucky singer at their Saturday night Pizza Party at The Lauriston Pub in Victoria Park Village. Always a good time with an up for it crowd, if you fancy some stonebaked pizza, great craft beers and a few off kilter power ballads, be sure to check out Hot Breath Karaoke.

Joolz Guides wishes every night could be Hot Breath Karaoke night….well, at least it is in my shower!

Want to be featured on Joolz Guides and have your OWN VIDEO? GET IN TOUCH NOW! Like Beaujolais wine Bar. 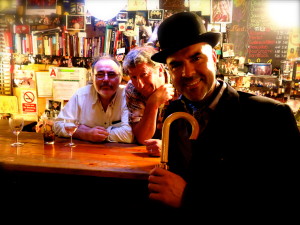 “Joolz Guides is the best for genuine and quirky London. Grateful to be included in their guide and featured in a video. Thanks Joolz!” – Jean Yves, Manager of Le Beaujolais. 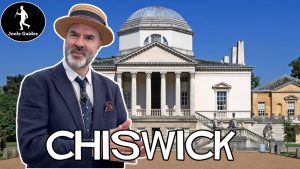 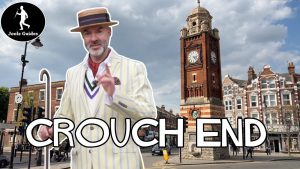 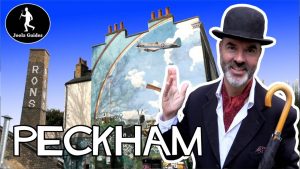 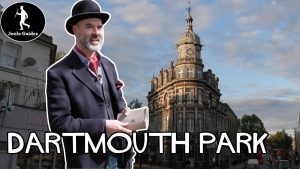 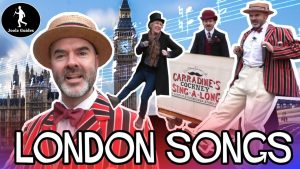